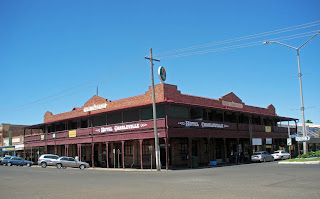 The little Queensland town of Charleville was of significant importance to both Qantas and Cobb and Co. Qantas delivered its first fare paying passenger service from Charleville to Cloncurry, via Longreach and Winton back in 1922 and Cobb and Co based their largest coach factory in Charleville in 1890. They needed to move the factory away from the coast because the wood used to build the coaches would split and crack in the dry, dusty conditions of Western Queensland. 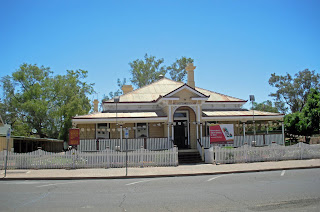 There is a bizarre rain-making device at Charleville, it's called the Steiger Vortex Rainmaker Gun. Meteorologist Professor Clement Wragge wanted to break the terrible drought in Charleville. His idea was to send blasts of air into the atmosphere which would produce rain. He managed to persuade the authorities in Brisbane to build the guns which he then placed around the township and on the 26 September 1902 they were all filled with gunpowder and ignited. Nothing happened. He left town shortly after. 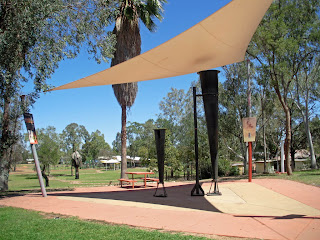 Charleville is at the centre of the kangaroo meat industry. Russia's decision to ban kangaroo meat from the 1st August this year has had a devastating effect on workers in the industry. They said the meat was contaminated. Three kangaroo abattoirs including Charleville and Longeach and a beef processing plant have all been affected. The Longreach plant that had been sending Russia 30 tonnes of kangaroo meat a week is now closed. 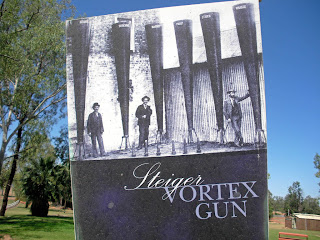 Charleville Mayor said "When you kill animals in an abattoir, that can be controlled, but when you paddock kill, a roo carcass can be kept in a chiller box for up to 14 days before it comes to the abattoir. So the potential is much greater for it to become contaminated and this apparently is what the Russians have based their decision on." Russia was a very good customer, they were taking 70% of the product. 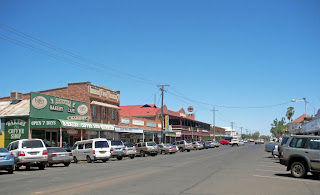 Now we've got an even bigger customer - China. Kangaroo Industry Association of Australia executive officer John Kelly said that exports to China were expected to start in the first half of next year. Bob Irwin, father of Steve, has appealed to the Chinese people saying "We wouldn't eat your Pandas so please don't eat our kangaroos". He insists that soon there won't be any left. 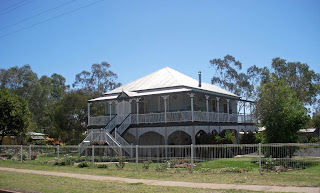 Charleville-based professional shooter Peter Melano boasts a record kill of 200 in one night and says the average professional took 40 to 50 head per night. That's a lot of dead kangaroos. After travelling 33,500 kms around the country, we have never seen so much road kill. The road from Bourke to Charleville is littered with dead kangaroos and that's why the kangaroo meat industry is centred in this area, there are more here than anywhere else in the country.

The saddest thing is what happens to the joeys when their mothers are killed. They are routinely clubbed to death. I find the subject very emotional, we get upset with the Japanese for killing the whales and the Canadians for clubbing baby seals and yet this massive slaughter goes on here every day. But here's the bottom line - the farmers are very happy. Does that make it okay?