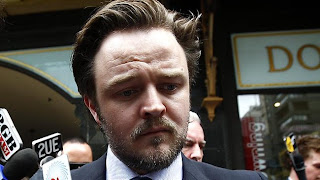 Matthew Newton went to Miami to work with Australian documentary maker Alison Thompson who works with Sean Penn on bringing attention to Haiti's suffering and recovery after their devastating earthquake.  Ms Thompson visited Newton at his hotel yesterday and said "He's doing okay, he's just a human who needs a lot of help."

When it comes to Matthew Newton, the Australian press have pursued him relentlessly, some would say with good cause.   But moving to America hasn't helped the troubled actor because he's in trouble again and as usual, it isn't his fault. 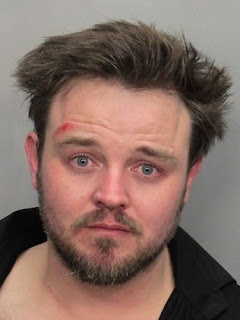 After dining with fellow Aussies at Mr Moe's Restaurant and Bar in Miami, a late night hangout in the old Coconut Grove, an argument involving patrons broke out and several were asked to leave.  They all left except Newton who kept trying to get back inside and after many attempts, he was finally arrested.  But he didn't go quietly, he grabbed onto tables to make it difficult for police to move him but he was finally taken to Miami Dade County police station where he spent 24 hours before a $2000 bond was posted.

A police complaint states that the actor swore at an officer after he tried to get back into the restaurant saying "F***k you cop, you can't treat me like this because I'm Australian."  He intends to plead not guilty to charges of trespass and resisting arrest and has made the extraordinary request of his Miami attorney to take the case to trial.  What the police considered a minor event is now a more serious one and means that the management of Mr Moe's bar and the police will have to give detailed statements and find witnesses willing to testify about what actually happened.

Newton insists he was not drinking or aggressive and nowhere on his arrest sheet does it mention he was intoxicated.  There was no CCTV in the bar that night because the cameras were in the process of being replaced.

Newton's celebrity Sydney lawyer Chris Murphy said Matthew asked police to give him a drug and alcohol test but they refused and said it would only be given if  he had been driving.  Murphy told a court that Newton had to get out of Australia for the sake of his mental health and yesterday, he was successful in having the assault case of a taxi driver adjourned for three months while he deals with the new US charges.

Despite admitting to punching girlfriend actress Brooke Satchell and trying to gouge her eyes out in 2007, his conviction was quashed on appeal.  In 2010, he and girlfriend Rachel Taylor were on holiday in Rome when he allegedly bashed her on two separate occasions in their Rome hotel.  She suffered serious injuries from blows to her face and body.

Mr Murphy said "My client is hunted like a wounded animal, my extreme concern.... is that he is suicidal."